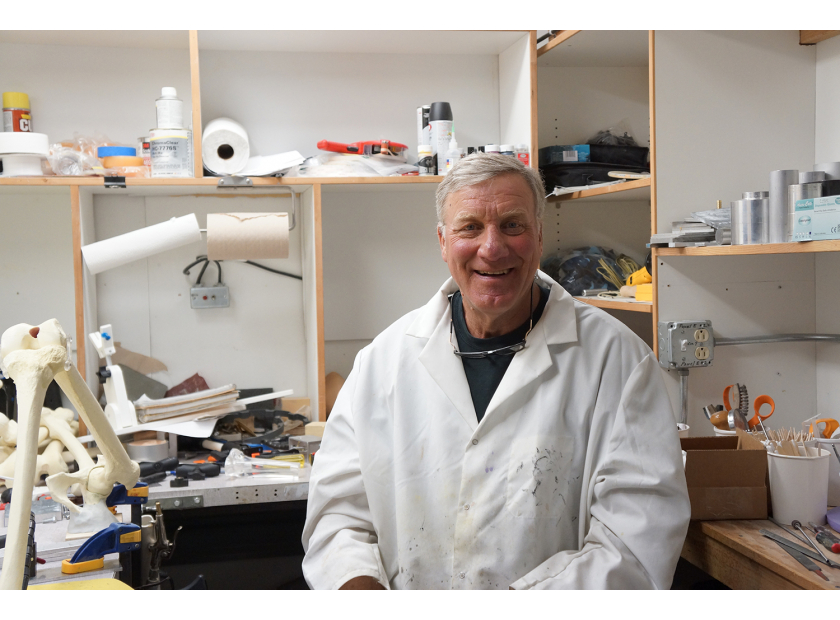 Miller will describe his remarkable journey and some other innovative projects being developed by parent company Pacific Research Laboratories.

Foss Miller was a young, Washington State University engineering graduate when in 1972 he went to work for K2 Skis on Vashon Island. Three years later he was head of his own business, by chance developing and manufacturing a few plastic bones for the University of Washington Medical School that cut, drilled, and felt like real bones. For the first time, students studying orthopedic surgery could practice techniques, a hands-on methodology found to be superior to the then-practice of watching another surgeon at work. Other medical schools soon began placing orders, and Sawbones soon became one of the nation’s largest purveyors of artificial bones. Besides bones, the company today manufactures everything from hearts, livers, and lungs to plastic skulls and bovine pelvises.